Lakers beat 76ers, Bucks and Clippers in the same week, all for the 1st time this season.  Lakers’ this week also were the 1st team to clinch in the West.  What a week full of nonsense for the Lakers’ who put a silence to all the haters and doubters and fully stepped up to the challenge.  The Laker’s are now 49-13 with 20 games left to their season, let’s review some Laker’s Nonsense.

The Lakers’ spoiled a big night by Glenn Robinson III, who put up 25 pts from the bench.  Even short handed they 76ers put up a fight but couldn’t get over a Laker’s team that was on a mission to split the season series.  Unfortunately for the 76ers was a downhill trip while in LA losing to both Clippers and Lakers.  76ers are fighting a hard battle trying to get back into the top 4 in the East, but missing Joel Embiid and Ben Simmons is hard to overcome. 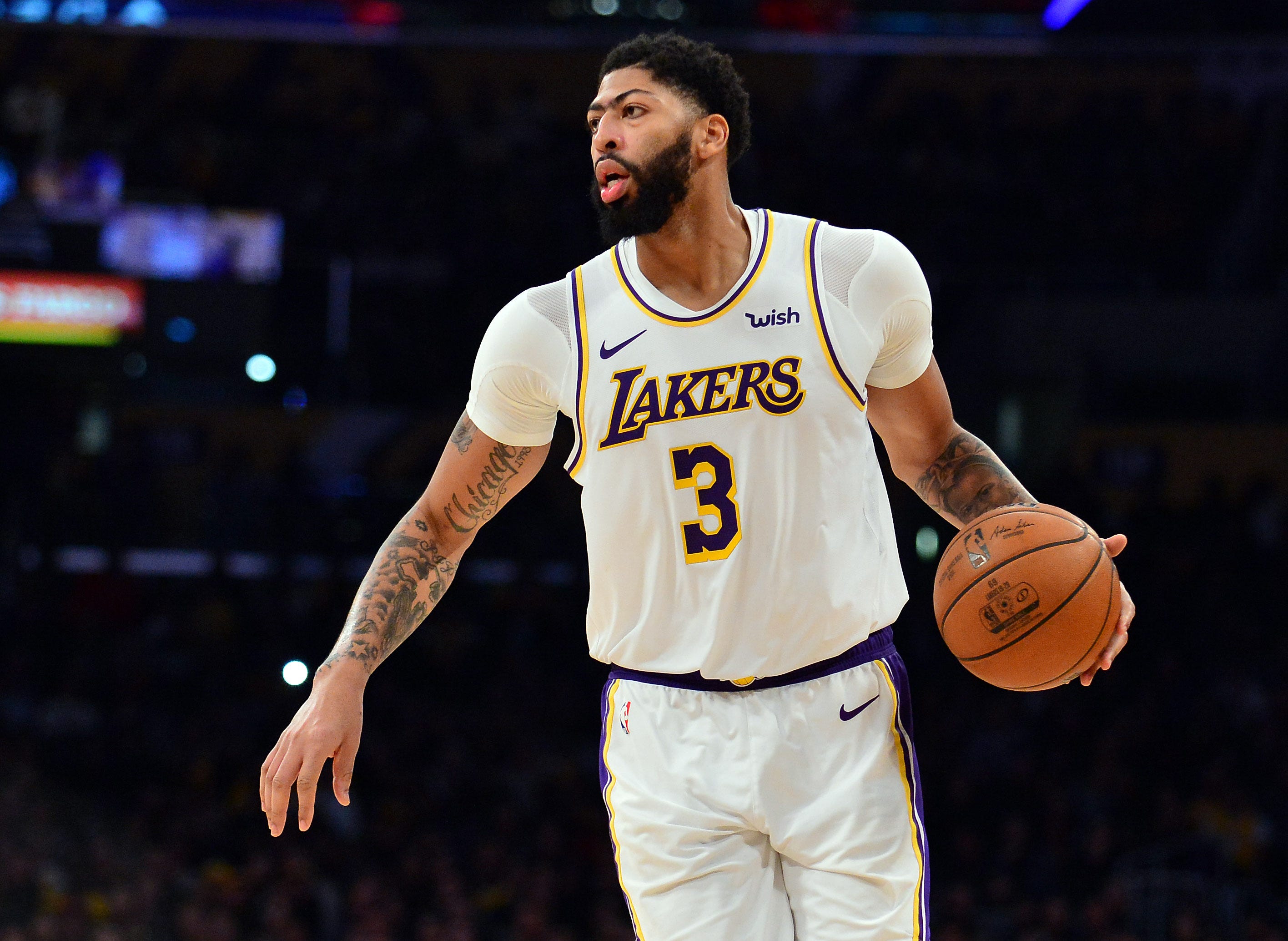 If it seems like every night LeBron is flirting with a triple double is because he is.  For a game that had very high expectations from both sides it did not disappoint.  The difference in this game was the big 3rd quarter by the Lakers.  Davis had a consecutive game with 30 pts, got himself 9 Reb and 2 blocks.  The Lakers split the season series vs the Bucks, who are the favorite to win the East. 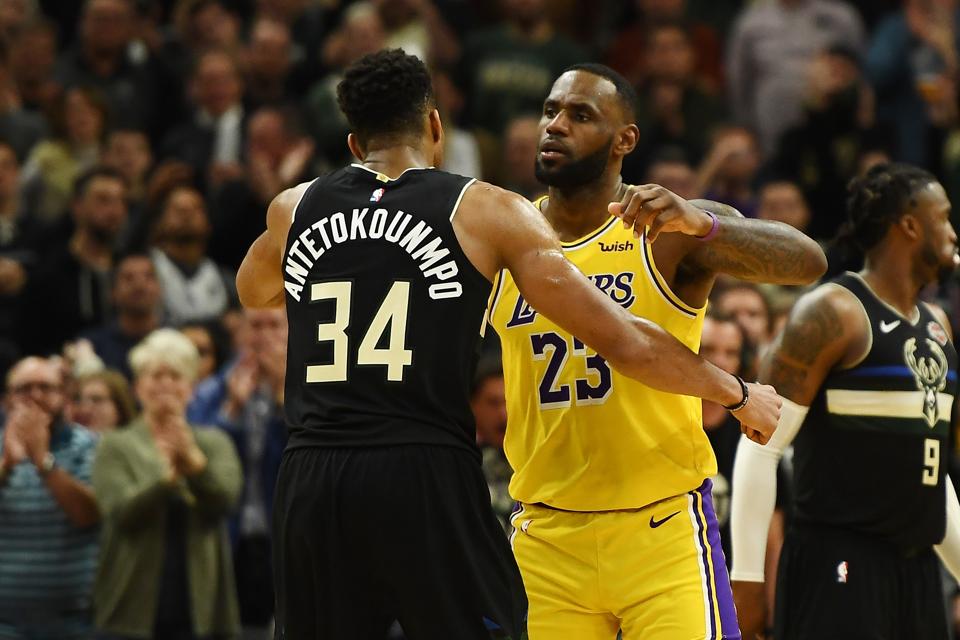 Maybe to soon or maybe just nonsense but some concern (or whispers) could be forming on the side of the Bucks who had a tough loss vs the Miami Heat.  The Bucks will also be without Giannis Antetokounmpo for the next 2 games at the Suns (Sunday) and Nuggets (Monday March 9t ) due to minor joint capsule sprain his left knee.

Lakers’ win 4th straight game by beating the Clippers who were leading the series 2-0 and were undefeated when all their starters play.  This was the most watched game out of all 3 games due to that the Clippers are the Lakers’ biggest threat in the West.  The Clippers stars were hot with Leonard 27 Pts, Paul George 31 Pts and Montrezl Harrell, off the bench, with 20 Pts, but it was the Lakers defense that came up big when they needed the most. 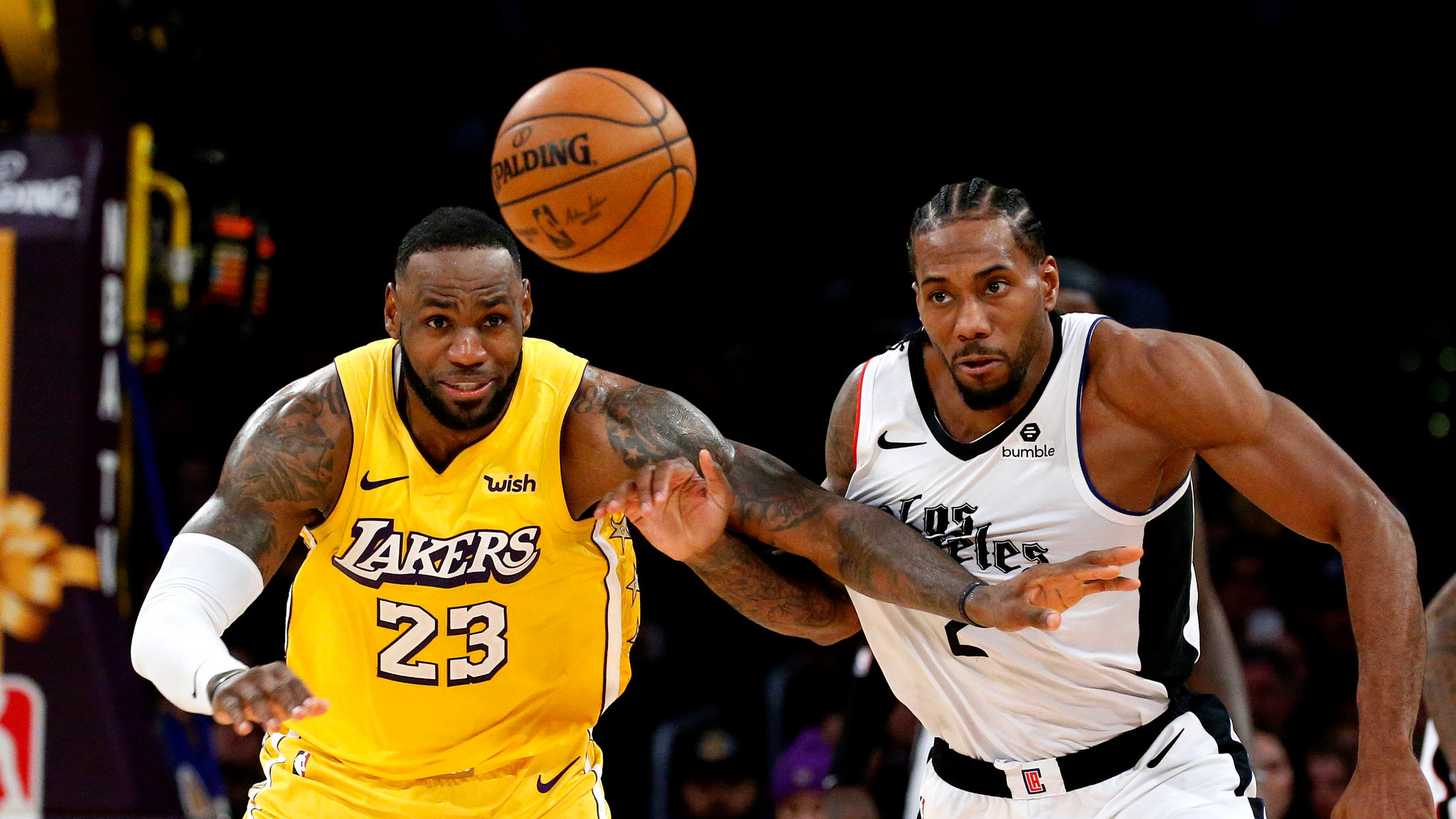 Thank you for reading!!
Let’s talk some Lakers’ Nonsense

Which Win was the biggest for the Lakers??

Lakers will play Sixers, Bucks and Clippers this week and before anybody asks the answer is “No” the Lakers have not beaten any of this teams.  Playing any of this teams on a typical week will be a challenge in it itself, playing all 3 in the same week will be a real challenge for the Lakers.  LeBron James and Anthony Davis both missed games last week which cannot be the case this week.  The Lakers’ will have to be at the top of their game.  Let’s talk some Lakers Nonsense.

This game will probably the easiest game for the Lakers due to the Sixers lack of personnel in Joel Embiid, Ben Simmons and Josh Richardson.  The Lakers’ will benefit from home advantage with their record 21-7 at home while the Sixers are 9-22 away.  The Sixers will need Shake Milton to have another career night to give them a chance.  Realistically that might be too much to ask for a guy who has been averaging 8.8 Ppg this season, but hey if there is time to step up, the time is now.

The Sixers are 37-24 coming off a loss against the Clippers.  The Sixers are in the middle of a rocky season that began with chemistry issues assumptions and now just injury filled.  Still the Sixers were looked as a contender in the East and with a playoff spot secured, the Sixers could be willing to just tread water till their stars return.  Tobias Harris and Al Horford are the go-to guy for the Sixers but they’ll need perfect games.

The Lakers’ missed out on sweeping the Grizzlies to put a 2nd beat down in less than a week on the Pelicans.  The Lakers should have both Anthony Davis and LeBron James on the floor for all 3 games and fired up to get some revenge.

Aside from the Lakers’ main personnel, this would also be a very important week for Markieff Morris playing his 5th game for the Lakers.  Morris has been averaging 6.8 Ppg on 38.5 3P% shooting and offering some well needed toughness for the Lakers.  Personally, I am still hopeful for Kyle Kuzma and Morris to find success when they are both on the floor without the starters.

It should be a fun week for the Lakers.

Thank you for reading.

Is official Markieff Morris cleared waivers and signed the Lakers, who had to waive DeMarcus Cousins to be able to make it happen.  The Lakers’ didn’t make any big trades and just when they seem to have strike out on all buyout candidates, they land Morris.  Morris average 11 points and 3.9 rebounds with the Pistons so far this season.  Morris is a 6’8 245 lbs Power Forward who is having a career year percentage wise shooting 39.7% from the 3 Point.

On paper Morris is a perfect fit with the Lakers, he brings strong defense and 3-point shooting with a veteran attitude.  Morris ability to switch on defenders could be his biggest attribute to the team.  The Lakers have to worried about throwing as many looks as possible to players like Giannis Antetokounmpo and Kwahi Leonard.  And on the offensive side Morris’ 75 made 3s this season gives him the 4th most for the Lakers behind LeBron James, Danny Green and Kentavious Caldwell-Pope.

Now Kyle Kuzma, if anybody should be worried and thankful is him.  Kuzma is 3rd scoring leader for the Lakers but his defensive liability some time makes him a target for other teams.  Which is where Morris comes in, to help out Kuzma focus more on scoring and less on defense, in theory or on a positive spin.  Now Kuzma, should also be worried because his minutes may be affected by Morris possibly fitting better than he does next to LeBron and AD defensively wise.  The goal for the Lakers is to make Morris and Kuzma work together creating a deadly bench mob.

My expectations, best case scenario Morris will take a combination of Rondo, Caruso and KCP minutes.  This would make Kuzma, Morris and Dwight Howard to spend more time playing together and are already expected to have more impact on the game.  Morris’ lack of playoff experience can be a bit of a red flag but now with an opportunity of a lifetime and after leaving so much money on the table, Morris should be looking to breakout with the Lakers.

Thank you for reading!!

What are your expectations for Markieff Morris with the Lakers?

Last night, the Lakers were taking on the Philadelphia 76ers where normally, the focus would be on a LeBron & AD vs Simmons & Embiid showdown. However last night everybody was watching LeBron And his attempt at making even more history by passing Kobe Bryant for 3rd place in the All-Time Points Ranking.

It took LBJ some time but he eventually scored the 18 points he needed to pass the Black Mamba. The Philly crowd recognized the feat and gave James a Standing ovation when the game stopped.

As for the actual game though, it would be a big loss for the Lakers as early on you could notice that LeBron was a bit nervous and anxious as he knew the task at hand. This isn’t to discredit the Sixers however as we saw smothering defense from them all night long specially from Matthise Thybule who was described by Mark Jackson as one of the best rookie defenders he’s ever seen.

For the Lakers, the story was the early turnover, as they dug a big hole and it was tough to climb out from it. LeBron had his usual 29 Pts, 7 and 7 but had 8 TO and that’s too much. AD had 31 Pts, 7 and 7 on a night he came to play but nobody else did as no other Laker had Double figure scoring. Danny Green was God awful, shooting 1-7, Kuzma went 2-6 in a game where he couldve shot the ball more, but when he did shoot it he took bad shots. McGee’s absence was felt as he could’ve brought that spark he’s known for and energized the team.

For the Sixers this win is huge, as without Embiid and Richardson they were able to take down the best from the west. For LA, a lot of players need to show up and help. Danny Green, KCP and Especially Kuzma if rumors for a Bradley Beal swap are true. There’s no doubt Beal is a better fit for LA so he’s gonna have to play at a high level more often to save his spot in the Lakers

Anthony Davis will be available to play against the Celtics after missing the last 5 games.  The Lakers are 4-1 in the last 5, the surprising loss coming to Markelle Fultz and the Orlando Magic.  The Celtics are on a 3-game losing skid, 2 of those losses at home.  The Lakers are still leading the West in wins now been chase by the Clippers.  The Celtics are in mix of 5 teams that are within 2 games apart in the standings

The Celtics are getting Jaylen Brown and Kemba Walker back, so the Celtics should be ready to give it their all.  The Celtics will try to bounce back but everything seems to be against them, the 3-game losing streak and on top of the Walker’s record vs LeBron.  The Celtics are also dealing with trade rumors that involves Gordon Hayward and their need/ want for a rim protector.

Getting back Davis will be the highlight for the Lakers who before going out was the leading scorer for the team averaging 27.1 Ppg.  The Lakers’ are in need of more wins against team with over 500 record.  The Celtics are slumped right now, and the Lakers’ could use them and kick them while they are down. Ps Walker is 0-28 vs LeBron.

Will LeBron Get his 10th Triple Double vs the Celtics?

Yankees Opening Day!! Nah, We Still On Corona(virus) Time, So… Safety Than Fun…

Yankees Opening Day!! Nah, We Still On Corona(virus) Time, So… Safety Than Fun…                 What should have been a day full of baseball parks new attractions and weird ballpark foods, it is actually another #quarantineandchill aka Staycation aka “somebody please find a cure because I miss sports and I don’t want to watch Grey’s Anatomy” […]